Aperture, Shutter speed, and ISO form the Exposure triangle in photography. So, you have three parameters to play with when it comes to setting the image exposure. What if one of these parameters become irrelevant? In this article, we will go through ISO Invariance and how you can use it to improve your pictures?

If you are a newbie in photography, then I strongly recommend reading, what is ISO, before reading this article.

What is ISO Invariance? 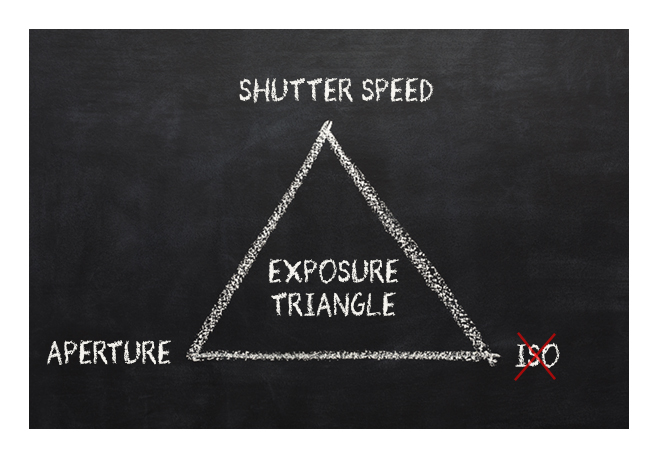 ISO Invariance means that the quality of the image captured by a camera at High ISO is equivalent to the image captured by the same camera with the same Aperture and Shutter speed settings at a Lower ISO value. Later, you can bump up the ISO in any post-processing tool like Lightroom to get a properly exposed image.

The quality of this image will be the same or better than the one photographed at high ISO while shooting. You need to ensure that you are shooting in RAW format; otherwise, you will not be able to utilize the ISO Invariance feature in your camera.

ISO Invariance Explained with an Example

For better understanding, I will explain with an example.

Imagine you are photographing a low light scene and the camera metering tells you that you need to use 6400 ISO to get a correctly exposed image, which will result in the introduction of noise in the picture.

If your camera is ISO invariant, then you can photograph the same scene with same Aperture settings and Shutter speed with a lower ISO value, say 400.

The final image would be an underexposed one. But, you can increase the Exposure in Lightroom to get a properly exposed picture, with similar or better noise performance than the one which you have shot with 6400 ISO.

How is ISO Invariance Useful?

Now, the question is, how is this going to be useful for photographers?

As you all know, image exposure is made up of three things, Aperture, Shutter Speed, and ISO.

So, if your camera is ISO invariant, then you don’t have to bother anymore about your ISO settings. You can always keep a low ISO level and go for an underexposed image. Thus, the noise is minimal and play with your Aperture and Shutter speed alone to get a sharp image.

So, the old saying, “Get it right in the camera,” holds no more. It is because now you don’t have to bother about Image Exposure. You can always go for an Underexposed image with an ISO invariant camera and later correct the exposure in post-processing.

In the case of Night photography, it is tough to judge the noise level in the image in the field.

The actual noise will be visible when you open the image in the computer for editing. So, an underexposed image at Low ISO values can be a real saviour in many situations.

When it comes to Landscape photography, sometimes you would want to pull the exposures of specific areas in the scene using Digital Filters or by selective exposure techniques.

An ISO invariant camera would be beneficial in such situations. It can pull out a good amount of details with less noise from the Darks and the shadows in the scene

For Action photography, you need to have the highest possible Shutter speed settings to freeze the moment, unless you want to introduce an intentional Blur in your action shot.

Fast shutter speed demands for a high ISO. It results in grains in your picture. So, using an ISO invariant camera allows you to go for an underexposed image with the best possible shutter speed to freeze the action. You can bump up the exposure in post-processing.

Which cameras are ISO Invariant?

So, the question is, which all cameras are ISO Invariant? I will share the list of few ISO Invariant cameras.

Sony’s Flagship mirrorless camera A7RIIIis one of the best ISO invariant cameras in the market, which makes it a popular choice amongst most of the photographers.

NOTE: These are the few models, which I found to be ISO invariant.

So, there is some good advancement in the camera technology, which makes the latest camera sensors invariant to the ISO factor. So, let us hope that this sensor feature gets added to the new camera models so that you have one less parameter to control in your photography.

Things are becoming more photographer-friendly these days, and less effort on the camera settings.