Let us have a look at the similarities and differences between these two high end full frame mirrorless camera bodies.

Nikon Z7 comes with 45.7 Megapixels while Sony a7R III is equipped with a 42 Megapixel sensor.

For Sony, it is the 3rd generation of the camera in this series. So, they have evolved a lot. Thus, making the user interface more friendly for the user.

Like any high end cameras, both Nikon and Sony have customizable Menu options. This is good for all photographers out there who use their own custom Menus.

Even though both the camera bodies are enabled with touchscreen feature. Nikon has given the options for focus point selection, setting Menu and image playback in their touchscreen.

This is because Nikon has already matured in the touch screen area and they have just imported it from their existing SLR designs. Sony is a big disappointment in the touchscreen.

They have disabled this feature by default. So, the user needs to activate it if he is interested, which is quite annoying. This may be because their touch is not user-friendly. So, Nikon gains a big upper hand in this factor. 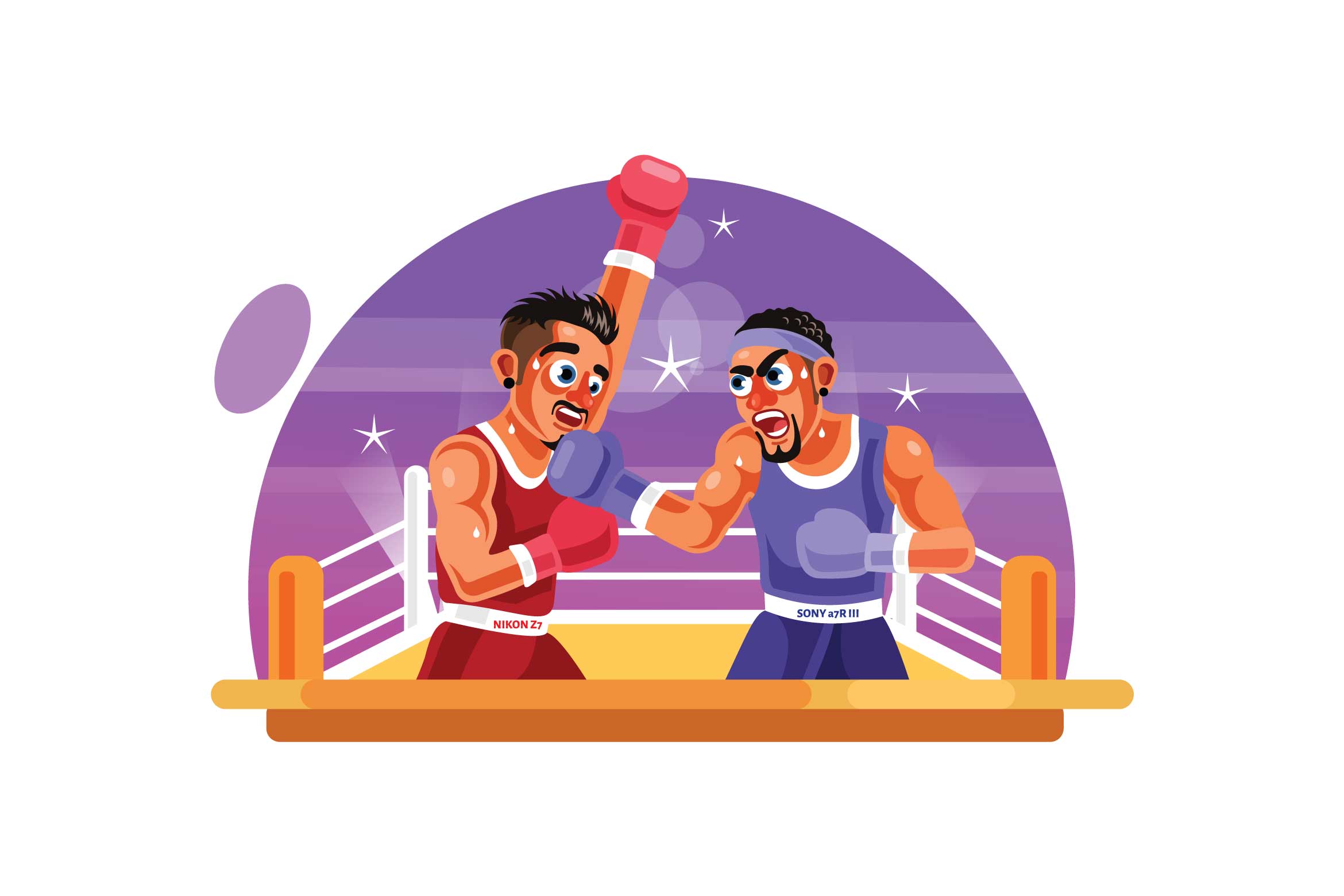 I was really shocked to see that Nikon has given only one card slot. It supports XQD only. So, if you are buying Nikon Z7 then you need to invest on XQD cards also. you can’t use your existing SD cards. XQD cards are costly. So you need to allocate more budget. You will have to buy an XQD card reader also. I doubt whether Nikon is making a new statement that the newer cameras are going to support only XQD cards.

All high end cameras are now equipped with 2 memory card slots. So, they should have added one more which could have supported the normal SD card. Sony gains the upper hand in the battle between Nikon Z7 Vs Sony a7R III for the memory option . It has got 2 memory slots. It supports common SD card format. One slot is capable of supporting UHS-II format.

The ISO performance of Nikon Z7 is similar to Nikon D850. They are using similar sensors. It includes the ISO 64 mode. But Nikon can’t match with the noise performance of Sony.

Sony is far ahead when it comes to Noise reduction. This is one area where Sony is ahead off all camera manufacturers in the market. They have it implemented in a7R III also. The ISO starts from 100 for Sony.

As we all know the camera lens plays an important role in image quality along with the camera body. So, both the camera bodies when accompanied with good lenses produce comparable quality images. So, it is a win-win situation for both Nikon and Sony.

Sony uses a battery with a CIPA rating of 650 shots. This indicates that you can capture 650 shots with a single charge. CIPA rating of Nikon Z7 battery is 300. So, 2 batteries of Nikon Z7 is equivalent to a single Sony ar7 III battery. So, Sony is a clear winner in the Battery factor.

Nikon has used a camera grip similar to the ones used in their mid-range DSLRs. So, it is very comfortable. But, Sony, even after 3 generations of this model has failed to incorporate a user-friendly grip. Even though they have increased the grip size from the last generation. I feel they could have increased it slightly more.

But they have guaranteed that many of their high-end DSLR lenses will work with this model using the FTZ adapter. But, there will a reduction in focussing speed and quality. 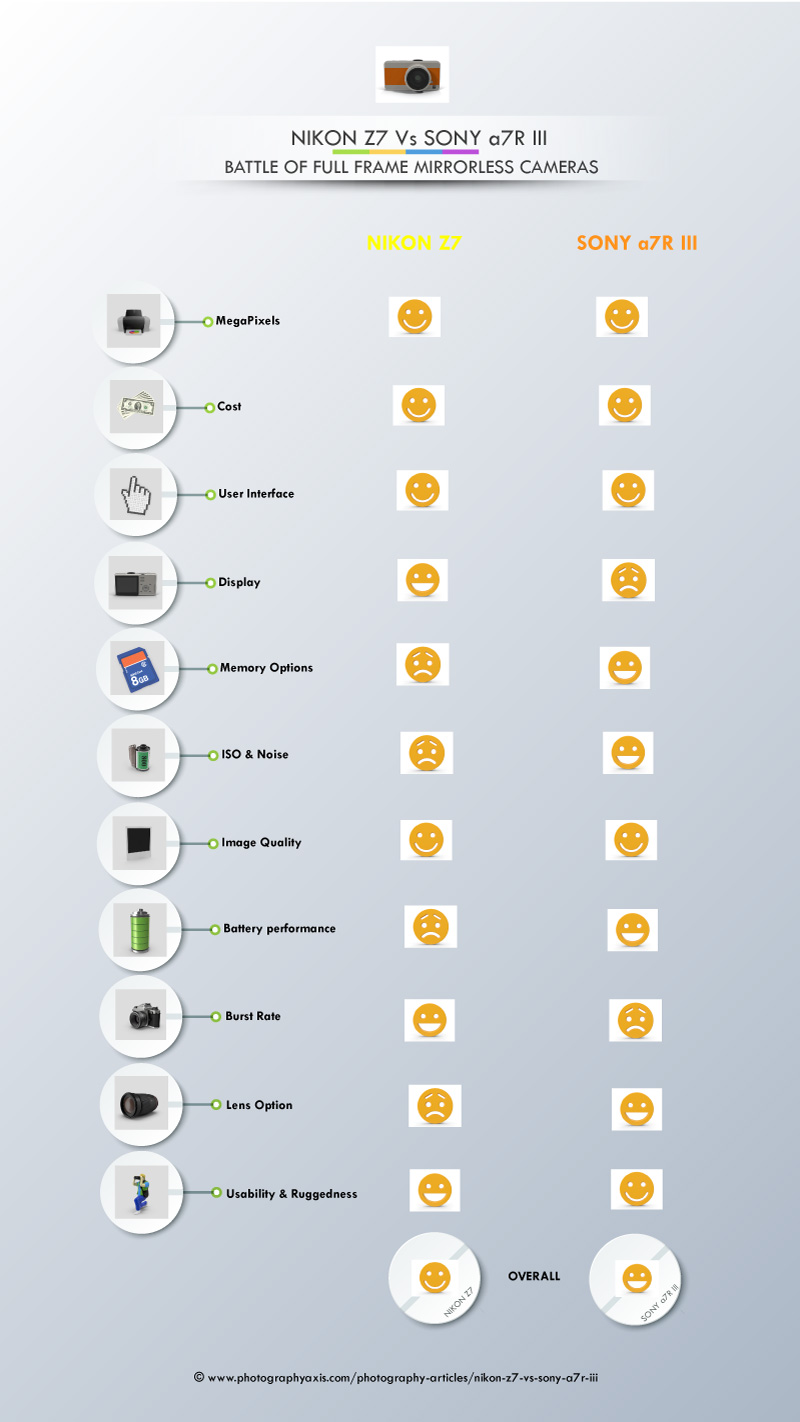 Overall, I feel that Sony a7R III has a slight edge over the Nikon Z7. Since this is the first model from Nikon, we can expect more improvements in the future model. Since there is good competition we can expect more lenses and camera bodies coming up with both these camera manufacturers.