What was the First Commercial Photography Process? 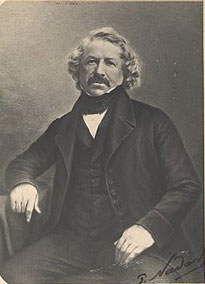 It was invented by Louis Jacques Mande Dagger in the year 1839.

It was Joseph Nicephore Niepce, who managed to capture an image with a camera first. But, it took several hours to capture the image, and the technique was a crude one.

Louis Daguerre was a painter initially who entered into a partnership with Nicephore Niepce. 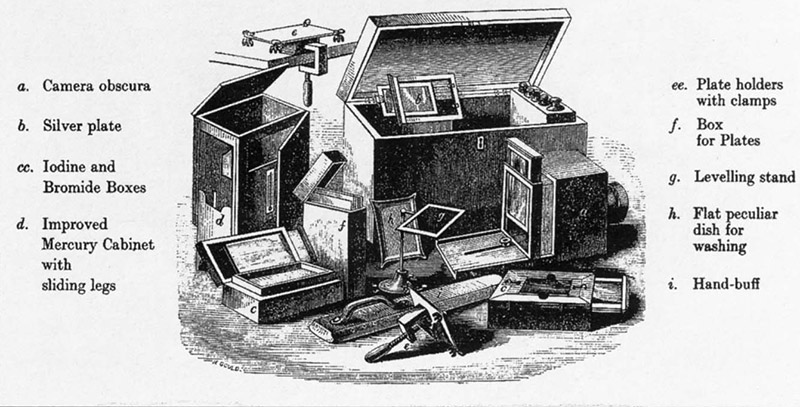 But, later he got the exact technique for image reproduction through an accident.

He placed one of the plates after the exposure of light into the cupboards for cleaning. Later, when he opened the cupboard after some hours, he found that the image was properly developed on the plate.

He investigated it and came to know that the mercury vapor has resulted in this proper image formation. Thus, this accident became the pathway for one of the most important discoveries in the history of cameras. 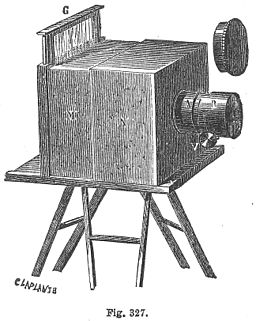 So, the first commercial photography camera was the Daguerreotype camera. So, let us see how it looks.

It consists of two boxes, the rear part, and the front part.

The front part contains the lens and the rear part with the ground glass slider.

He started manufacturing these cameras in June 1839 through one of his relatives, Alphonse Giroux.

They have sent these cameras to many parts of the world. But, only a few were in proper working conditions after reaching their destinations. The rest of the cameras failed to work correctly. It may be due to the damages incurred during shipment.

Unlike our latest digital cameras, these were pretty large. The length was around 10.5 inches in the closed condition, with a width of 14.5 inches and a height of 12.25 inches. In the extended condition, the length will get double to almost 20 inches.

This camera model was used for the next 10-12 years. Later, it got replaced by the lighter version cameras which used the compact bellows.

You can always expect some issues with the Daguerreotype cameras. There is nothing strange in that since it is the first commercial photography camera on the market.

In this camera, the image will be in the reverse format, if you use the camera directly. But, this issue was fixed later with the use of reversing prism or mirror in front.

Another drawback is that you directly get a positive image on the plate. So the final image cannot be transferred to the paper.

Later, many others modified the original daguerreotype camera to fix many of these issues.

👉🏻 📖 READ MORE: How to Get Into Photography?

So, now you know, who invented the first commercial photography process and how it happened.