How Important is Background in Bird Photography?

The two key elements which make a bird photo attractive are the background and the other items in the frame, apart from the bird. I will be talking about the impact of background in Bird Photography and the effect of the different types of background on bird photography.

Background comes into the picture, especially when the bird becomes the main subject in the frame. 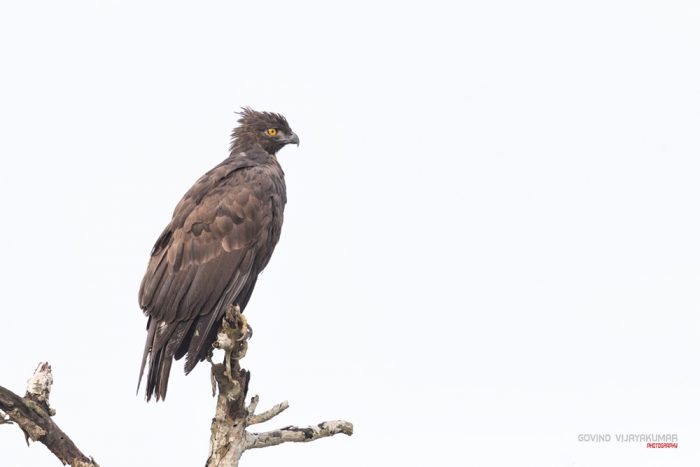 Another issue with the white background is related to the dynamic range of the camera. In the scene, if you are photographing a dark bird against a white background, then you may not be able to capture the entire tonal details in the scene.

It is due to the dynamic range limitation of the camera. So, you will end up clipping the highlights in the image or crushing the darks.

So, in most of the occasions, white background is not so good for bird portraits.

There are some rare situations when the white background can become an exciting element. It is an extreme case of High key photography, where the photographer transforms the beauty of the scene with this photography technique.

Background with Lots of Clutter

Now, let us see the case of bird portrait with lots of twigs and branches in the background. Such a shot can become interesting only when these branches aid for the image composition.

You should be able to compose it in such a way that the branches form the leading lines towards the bird. Otherwise, it is a total mess, even if there are no distracting branches in the foreground. 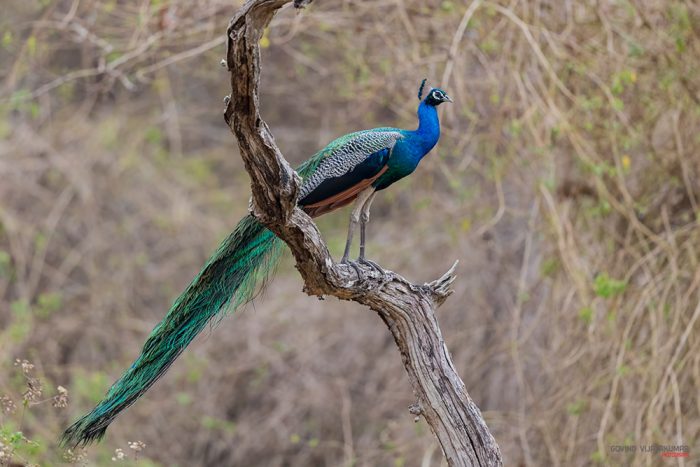 This image of the Peacock on top of a dead tree is a good example. Even though the background blur is achieved, it doesn’t look pleasing to the eyes since there is a lot of clutter behind.

It is due to two reasons. The distance between the Peacock and the backside clutter is small when compared to the distance from the camera. So, even if you go for a large aperture, you will not get the smoothly blurred background.

You might have already seen standard bird portraits with green, brown, and black backgrounds.

There will not be any colour variation in the background, and the viewer’s attention will be entirely on the bird. It usually happens when the background distance is very far and occupied by trees or landscapes. 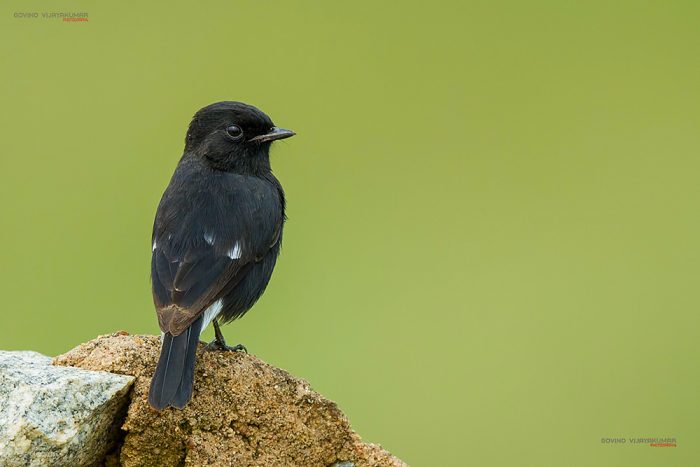 This image of the Pied Bushchat in a green background is a good example. Here, there were trees in the backside of the bird, which was quite far. The distance between the bird and the camera was less, and this resulted in a shallow Depth of Field at a large aperture of f4 on a Canon 500mm f4 L IS II lens.

The green leaves of the distant tree have produced this blurred green effect in the background. 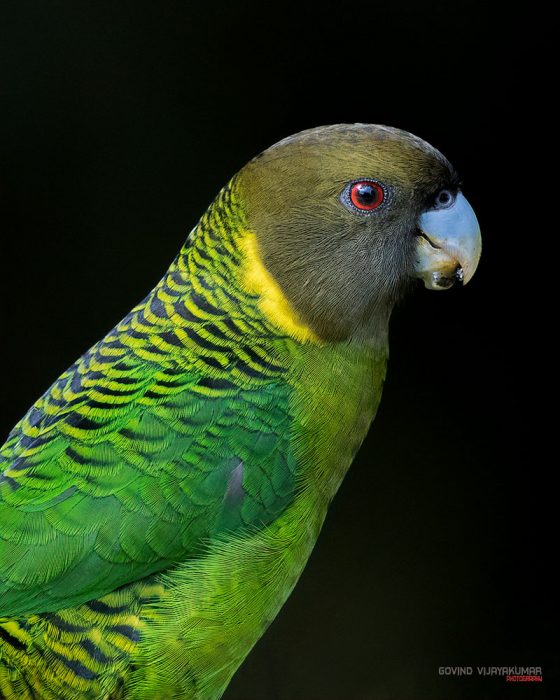 The Brehm’s Tiger Parrot photographed from the Mount Hagen in Papua New Guinea is a Low Key image. Two stop underexposure is done to get this black background.

Multicoloured blurred background can be interesting at times, if the colours blend properly, or else it is a disaster. The colours in the background should complement each other.

It works perfectly when two colours are involved, and both the colours blend in such a way that there is no line of separation between the two. 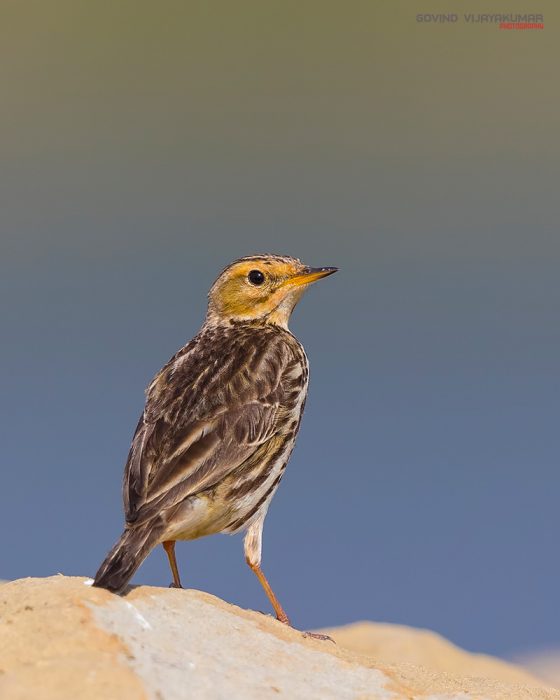 The image of the Red-throated Pipit, photographed from the Andamans, India, is a good example. You can see the yellowish green colour comes from the top and blends into the blues in the bottoms in this vertically composed image. The green colour is due to the trees far behind and blues from the lake. 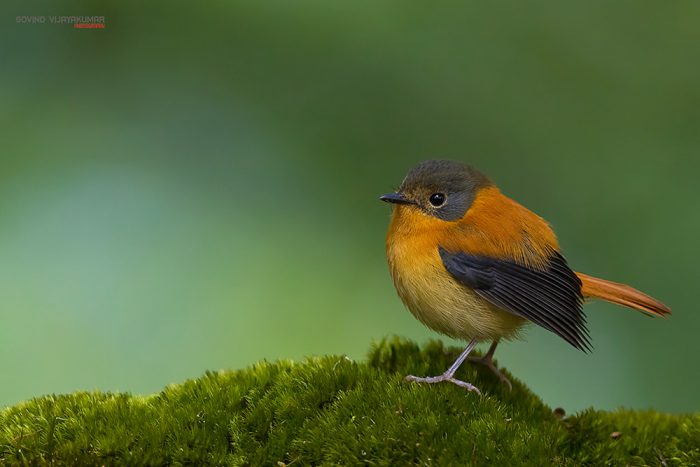 This image of the female Black and Orange flycatcher has got a beautifully blurred background in shades of green. It has come nicely as the shades of green has mixed properly. 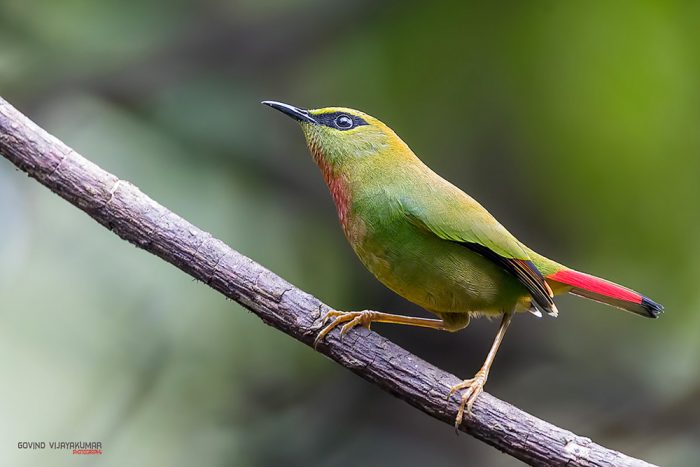 This shot of the Fire-tailed Myzornis is an example of an image with a bad background blur. Here, the background is blurred smoothly, but the dark twigs on the backside have created distracting black patterns in the greenish background.

Blurred Background with Bokeh can be good as well as bad. For it to be good, the shape of the Bokeh should be smooth circular rings. If the Bokeh is hexagonal or octagonal rings, then it won’t look nice.

Another part to look for is the bokeh pattern. It should blend with the frame and should not be like some random dots lying around. 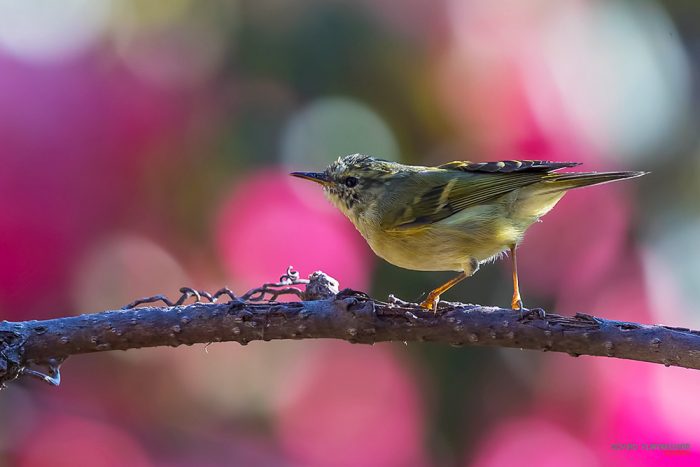 This image of the warbler is photographed from Munsiyari in Uttarakhand, India. Even though there is harsh light coming from the backside, the beautiful Bokeh rings in Pink and white due to light reflected from the Rhododendron flowers has made the background attractive.

If you are interested to know which cookies are being used or switch it off in settings.

This website uses cookies so that we can provide you with the best user experience possible. Cookie information is stored in your browser and performs functions such as recognising you when you return to our website and helping our team to understand which sections of the website you find most interesting and useful.

Strictly Necessary Cookie should be enabled at all times so that we can save your preferences for cookie settings.

If you disable this cookie, we will not be able to save your preferences. This means that every time you visit this website you will need to enable or disable cookies again.