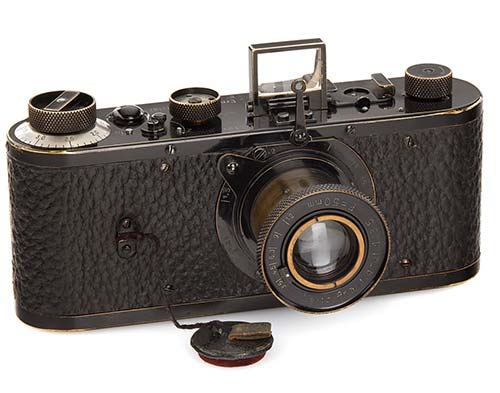 Leica 0-series No 122 is the most expensive camera in the world. It was sold for a whopping $2.97 Million in an auction held at WestLicht auction house in Vienna in 2018.

It is a rare camera and is not for commercial use. There were 25 such cameras manufactured in 1923. But, only 3 are still remaining in good condition as of now. 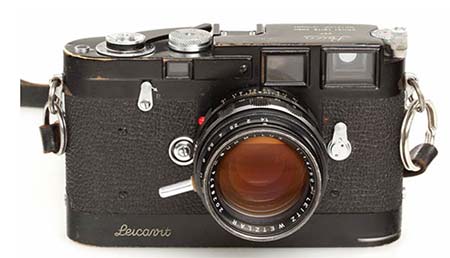 The Leica M3D-2 is the second most expensive camera in the world, sold in the Vienna auction for a whopping 2.18 million dollars. This camera unit was owned by David Douglas Duncan, a photographer from Influential Life magazine.

The unique specialty of this camera is that it is one of the 4 cameras manufactured by Leica and is modified specially for Duncan. This camera was used for documenting the life of the famous Pablo Picasso. It is also used for photographing the Vietnam and Korean wars. 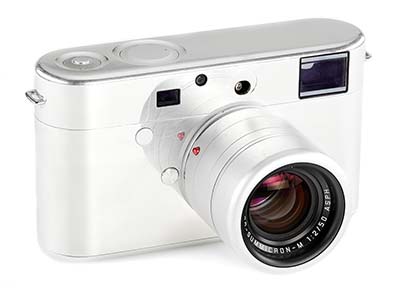 This Leica M prototype camera was designed by Apple’s former Chief Design Officer Jonathan Ive and Marc Newson, an Australian designer. This camera was auctioned in 2013 to raise funds to fight tuberculosis, AIDS, and malaria.

This camera model was created after going through 561 models. One peculiar feature of this camera is that there are no markings or letters in the camera body. This 24-megapixel camera comes with a Summicron 2/50 aspherical lens. The actual final released product is entirely different from this auction piece. 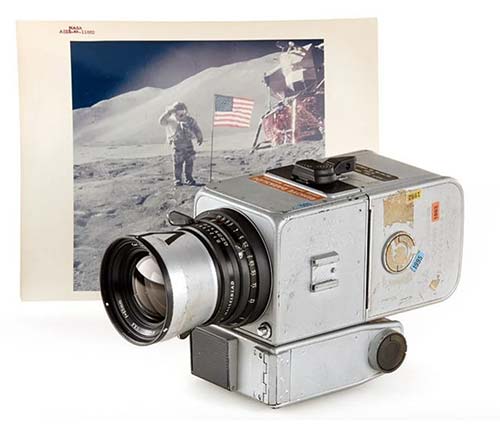 A customized Hasselblad 500 series camera was used for the moon mission on Apollo 15. The customization was done on this camera to make it work in the space. The astronaut Jim Irwin has used this camera to capture images from the moon’s surface. It is one of the most expensive cameras in the world.

Around 299 pictures were captured by Irwin using this camera. This camera was bought at auction by Terukazu Fujisawa. He is the founder of the Japanese retail chain, Todobashi Camera. 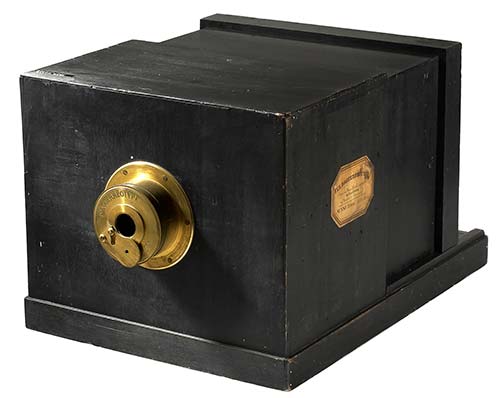 This camera is the only one remaining in the daguerreotype camera, which is the camera manufactured using the first commercial photography process. Louis Daguerre, with the help of 2 manufacturers, Maison Suisse Freres and Alphonse Giroux, manufactured this camera in 1839. Charles Chevalier prepared the camera optics.

It is designed for capturing landscapes. This camera was sold at auction for $7,40,000 in 2007. This camera uses fumes treated silver-plated copper sheet for exposing images. It is one of the oldest cameras. 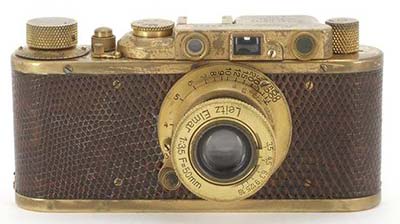 The Leica Luxus II was sold in the Hong Kong auction for $6,20,000 in 2013. The estimated price was around $1.2 million. But the camera could not fetch that much amount in the auction. It is also the rarest Leica camera.

This camera, dated 1932, is gold-plated and covered in skin that looks like lizard skin. The serial number of the sold camera is 8840. Leica has manufactured four such cameras. It is still unclear who owns the other three pieces. 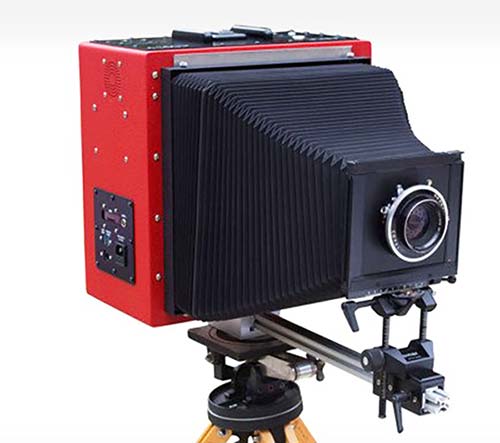 If you are looking for a camera in the large format category, then the LargeSense LS911 is for you. The price and the weight are the two main issues with this camera. So, photographers won’t be that interested in investing in this camera. You will find it tough to move around with this camera.

It comes with a 9×11 inch CMOS sensor that is monochrome. It supports 14 bit RAW with an electronic shutter. You can also capture 8-bit videos at 30 fps. It is the world’s first large-format camera. 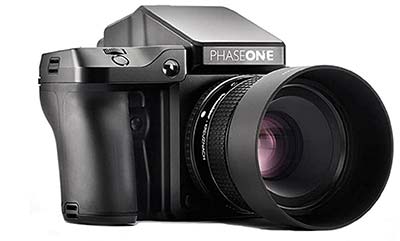 The Phase One XF IQ4 is a medium format camera that comes with a whopping 150 megapixels. It has a dynamic range of 15 stops. The maximum supported ISO is 25,600.

High-end commercial and fashion photographers can consider investing in this camera. It delivers the best quality images. Currently, the Phase One XF IQ4 is the most expensive commercial camera in the world that anyone can buy. 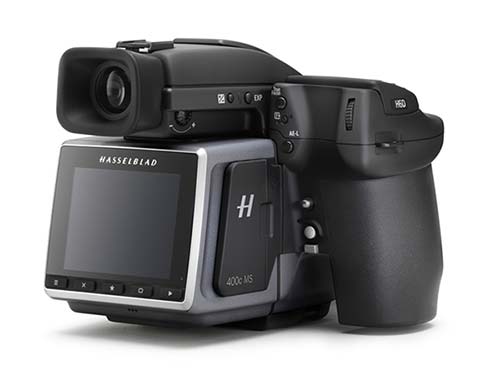 The Hasselblad H6D-400 MS is the most expensive camera that you can still buy from the commercial market. It is a medium format camera that promises very high color accuracy.

The massive 400 Megapixel output of this camera is produced with the help of the 100 Megapixel CMOS sensor inside the camera. This Hasselblad camera comes with Multi-Shot technology that makes it possible to capture more color information in every pixel.

Photographers who want the highest color accuracy with higher resolution can go for this medium format camera if they are ready to spend $48k from their pocket. 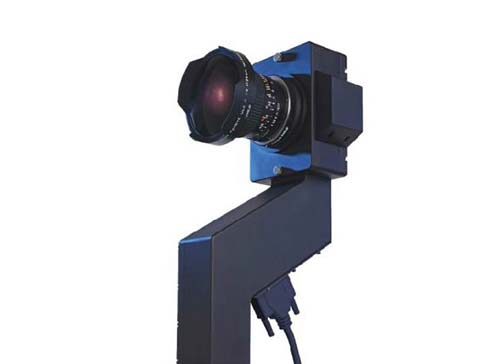 The Panoscan MK-3 is a 360-degree panoramic camera. It is capable of doing a 360-degree scan in 8 seconds. This camera is useful for military and police departments.

You don’t need to stitch the image to get the 360-degree image. The camera will do it for you. You can also use it to create virtual reality movies. 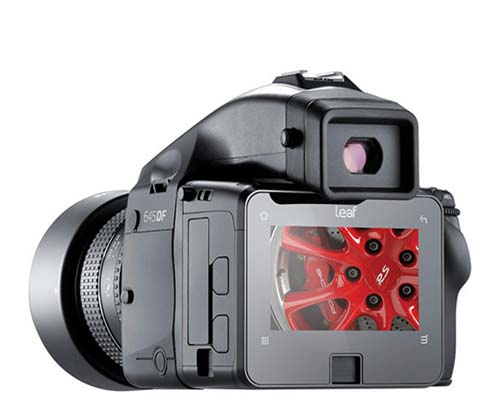 The Mamiya Leaf Credo 645DF 80 MP digital back camera is a medium format camera that comes with 12.5 stops dynamic range. It supports tethered shooting through Capture One.

You can use it with Mamiya 645 lenses. It uses custom-built ultra-low noise DALSA CCD sensors. 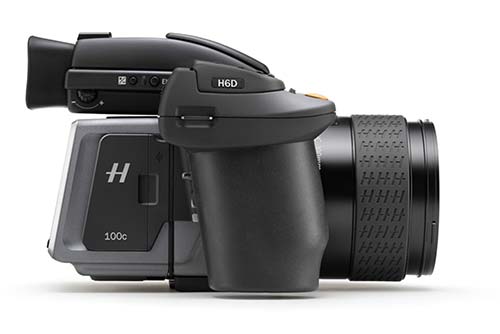 The H6D-100C is the second most expensive camera from Hasselblad. This medium format camera comes with a 100-megapixel sensor and has 15 stops of dynamic range. It is capable of reproducing good tonal details in the final image.

It is another expensive camera from Hasselblad that you can still buy from the market. You can use it with any of the H system lenses from Hasselblad. The leaf shutter in this camera ensures flash sync at all speeds. 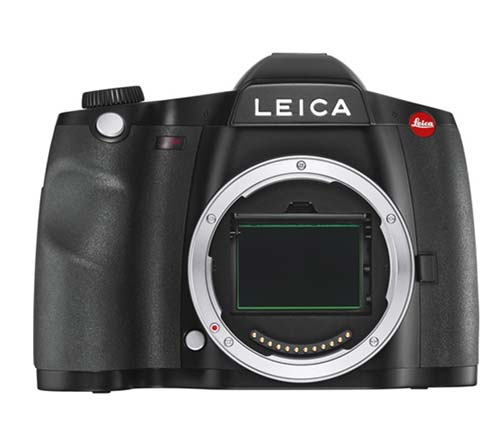 The 15 stops of dynamic range help capture an excellent tonal range in the picture. You can also control the camera remotely with the help of the inbuilt Wi-Fi. You can use the Leica FOTOS app for the remote monitoring and triggering of shots.