📷 What is Golden Ratio of Image Composition?

When it comes to image composition, which turns an ordinary photo to an extraordinary one, there are multiple composition techniques. The Golden ratio photography technique is one such photo composition rules.

I will explain the mathematics part first. You may find it uninteresting. But, I recommend going through this to get a basic understanding.

You may be wondering why I am bringing math into photography. It is because this Golden ratio rule’s origin is from mathematics.

Two quantities “x” and “y” are said to be in Golden ratio,

Did I confuse you? 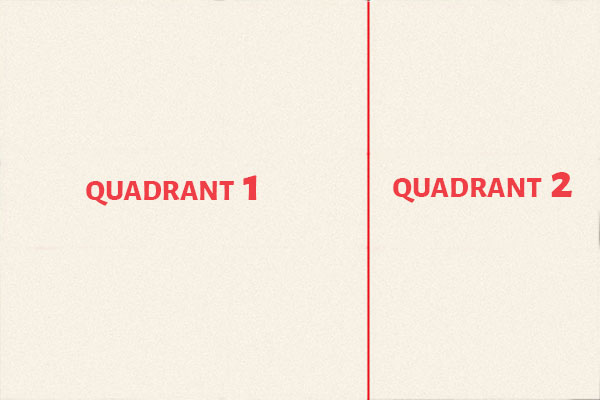 I will explain it better by taking a frame as an example. You may be using a digital camera, DSLR, or a mirrorless camera for photography. All these cameras will have an aspect ratio of 2:3by default. So, let us divide this frame into two quadrants (as shown above). 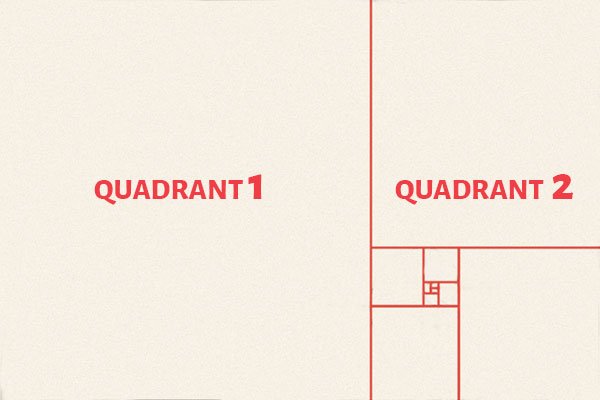 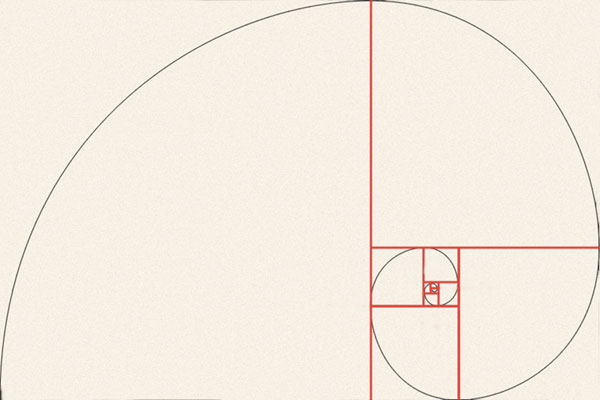 Now, if you start a curve from the lower left-hand corner, connecting to the diagonal corner of the quadrant. Continue this curve to the next quadrants. Thus, you will end up in a spiral (as shown above). So, this is how the Spiral grid came into existence.

How to Use Golden Ratio Photography Composition?

You can implement the golden ratio photography composition technique in two ways. 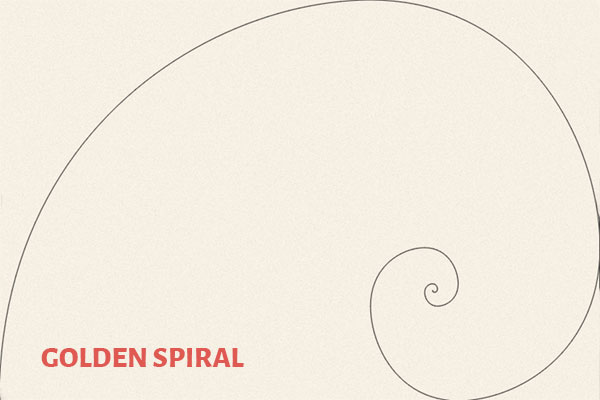 Golden Spiral is also known as the Fibonacci Spiral. It is created using squares whose side is a Fibonacci number. The continuous spiral is formed by joining the diagonals of each square in a continuous curved fashion (shown above). 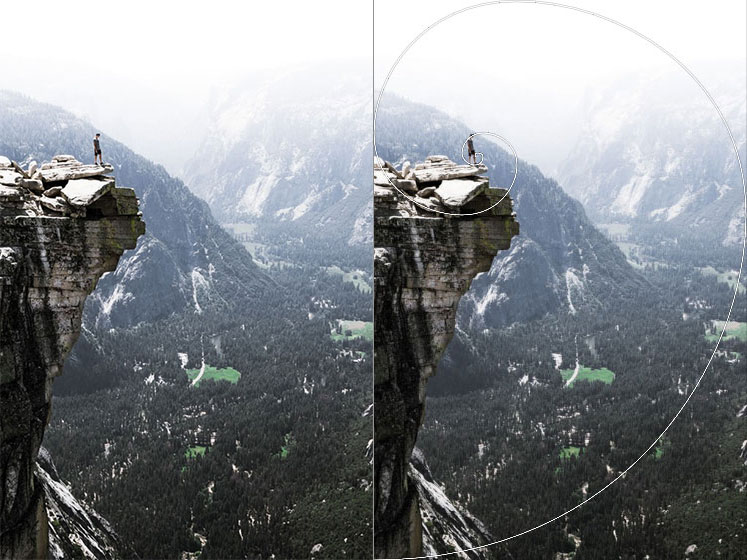 So, when you compose the image using this technique, then the subjects of importance should coincide with the spiral. Thus, it creates a natural flow that is pleasant for the viewer.

In the above image, the person standing at the edge of the cliff coincides with one end of the spiral, followed by the rocks on top of the cliff. Thus the golden spiral works for this particular image. 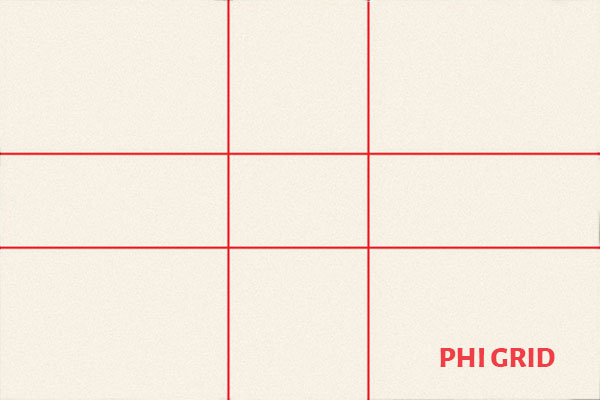 You might already know the famous rule of thirds in photography composition. It is the most common composition technique used by almost all photographers. It basically divides the entire frame into nine equal sections using four lines.

In the case of Phi Grids, the grid lines are more towards the center. So, it doesn’t divide the frame equally (image above). Only the top and bottom sections will have the same size. The middle sections will be of different sizes. It is derived from the Golden spiral.

In the rule of thirds, two parallel vertical lines and two vertical horizontal lines divide the frame into equal thirds in the ratio 1:1:1. But, the Phi Grids divide in the ratio 1:0.618:1.

So, now you know how different the Phi-Grid is from the rule of thirds. 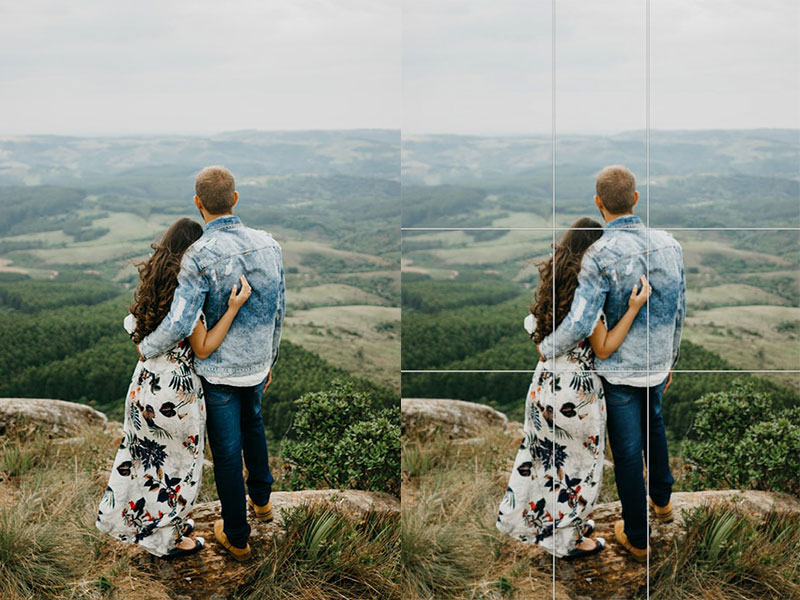 Here, the couple standing in the top of the rock is aligned with the Phi grid lines, with the four lines and the three intersecting points coinciding with the subjects o interest (couple).

You can use either of these grids, either in the camera or while post-processing your photos. 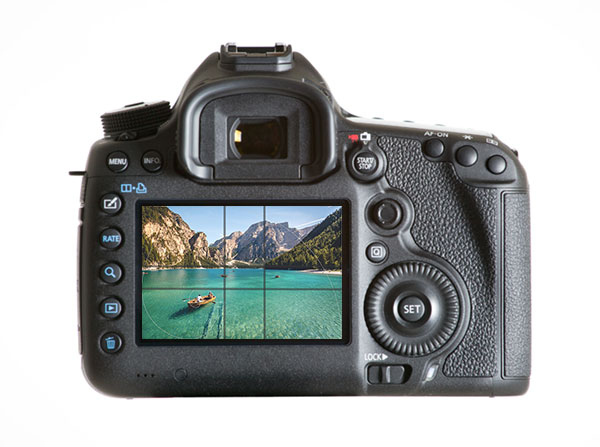 Some cameras will allow you to enable the Phi-Grids and Golden Spiral while capturing. You can find it in the grid section where you usually enable the Rule of thirds grid.

Specific cameras allow you to overlap the Phi-Grid and the Golden Spiral. So, use it accordingly. Once enabled, you can see it in the viewfinder (Optical or Electrical) or the LCD if you are using Live View mode in the camera.

As you know, many cameras don’t support the Golden ratio grids or spiral as an overlay for image composition. But, no need to worry. You can use these Grids during the photo editing stage.

Both Lightroom and Photoshop from Adobe come with these grids. Other popular photo editing software also supports these grids.

So, if you are planning to apply the Golden ratio photography composition rule to the image, then you must leave sufficient space on all the sides of the frame. It will help you to crop the image properly during the editing stage.

So, let us see how to apply the golden spiral grid in Lightroom 😎.

1. Import the image into Lightroom. Hit “D” to take the picture into the Develop module.

2. Hit “R” to enable the Crop in Lightroom. Now you can see the default grids overlay on top of your image. This grid corresponds to the rule of thirds in photography. But, you can change this grid, which many of us don’t know.

3. Hit the “O” button to change the overlay grid. Continue clicking the “O” to switch between different grid overlays. You can see both the Phi Grid and Golden Spiral grid in one of the options. Select either of these grids to apply the Golden ratio rule. Press “Shift” + “O” to change the orientation of the Golden spiral or Phi grids. 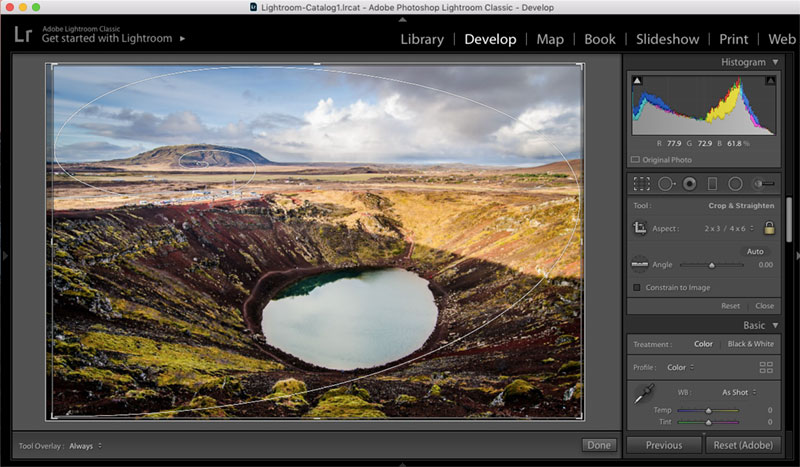 4. You can hold and drag the corners of the grid to get the perfect alignment w.r.t your subject. You can click the “Enter” button once you have finalized the composition. You can apply it to images in both portrait and landscape orientation. Phi Grid will come in two orientations and the Spiral one in 8 different orientations.

1. Open the picture in Adobe Photoshop. Hit “C” to enable the Crop box. 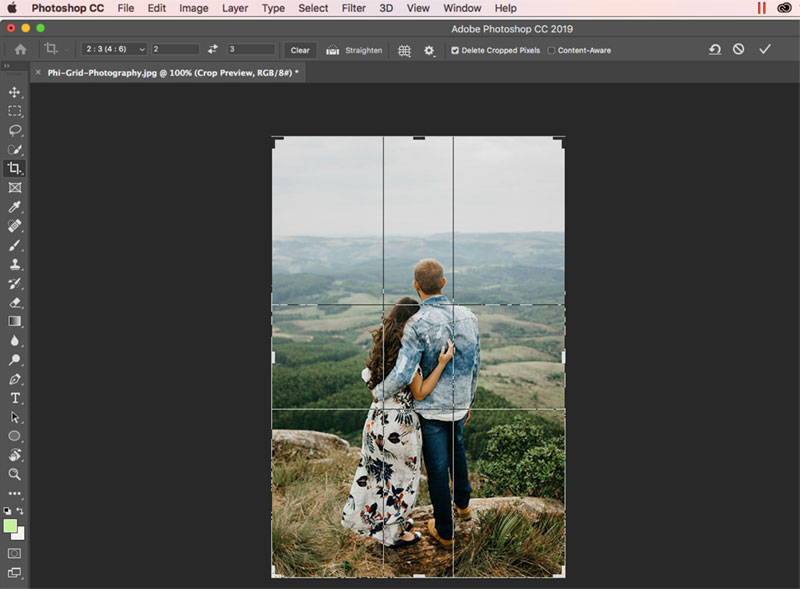 2. Now, click on the Grid options in the top to get the dropdown menu for different grid overlay options. 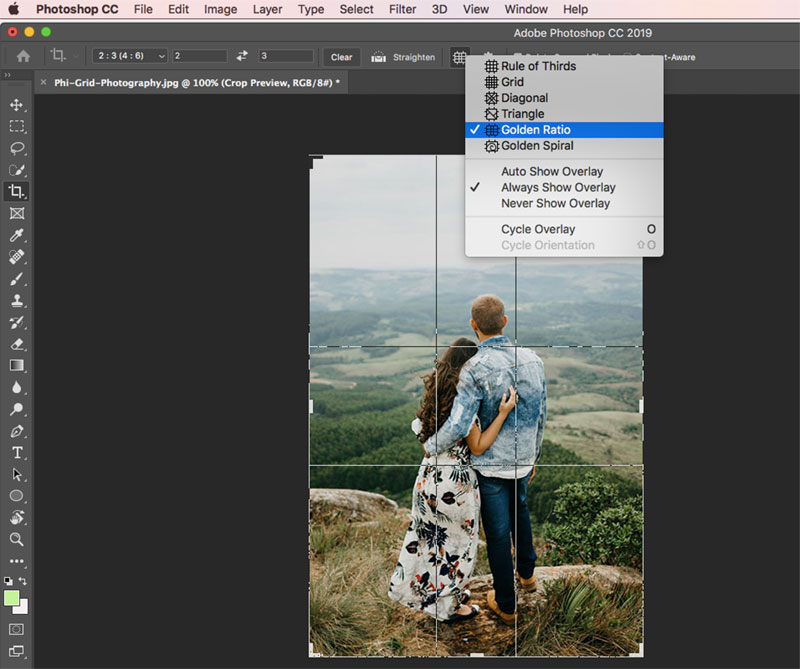 So, try to use the Golden ratio photography composition technique next time. If your camera doesn’t support, then use it while editing 😎.

All scenes will not be the right candidate for the Golden ratio rule. Only specific compositions will work with this rule. You will come to know it only through practice. So, give it a try and see for yourself.

It doesn’t matter what type of camera you use, what really matters is the image composition. So, as a photographer, you should concentrate on the composition part.