Portrait Vs Landscape – Which Orientation to Shoot?

Portrait Vs Landscape, this is a question that comes to a photographer’s mind while shooting. It has left me confused in many situations. Should I shoot in Landscape Mode or go for Portrait orientation? The answer to this question is quite simple. It is actually the photographer who decides whether to compose the picture in landscape or portrait orientation. So, you must know the key differences between these two orientations. It will help you to decide which is best for you. Let us see, how shooting in different orientations can affect the image.

What is Portrait Orientation? If the height of the image is more than the width, we will refer to it as a portrait orientation shot.

There are no hard and fast rules in photography that a landscape image must be taken in landscape orientation. You can do landscape photography on mobile or DSLR/mirrorless camera in Portrait mode also.

The image above of the long-tailed minivet is a good example of a portrait orientation shot in a 3:2 aspect ratio.

What is Landscape Orientation? If the width of the image is more than the height, we will refer to it as a landscape orientation shot.

A 2×3 image (Height x Width) is an example of an image in Landscape mode.

The image of the upland pipit bird above is an example of a landscape orientation shot with a 2:3 aspect ratio.

Portrait Vs Landscape- Which Orientation to shoot?

If you are shooting for a cover page of a magazine or for mobile wallpaper, you should shoot in portrait mode. You can also shoot in landscape mode and later crop the image in post-processing software to convert it into portrait mode.

But this will reduce the image resolution since you are chopping away the image sides. Sometimes, you may not be able to crop it properly with proper image composition since you have already composed the shot for landscape view. I have done this mistake during my initial photography days.

If you are shooting to print and frame images on walls, you can choose either of the two modes. Shooting in landscape orientation is good for keeping wallpapers on your computer.

Now, let us have a look at the pictures given below for better clarity in portrait vs landscape orientation in photography. Which one do you think is better? The first image of the Jungle Owlet bird is the actual shot taken in landscape orientation with a 2:3 aspect ratio.

The second picture in portrait orientation is actually a cropped version of the first image in the 3:2 aspect ratio.

In the first image, we can see lots of negative space on the left side of the image. This kind of image is good for designers who want to make brochures and flyers.

The negative space will help to add text and other content for design.

So, both orientations have got their own advantages as well as disadvantages.

Now you can see, as we change the orientation, we are seeing a  great difference in the content itself.

While choosing between portrait vs landscape, the final decision is based on what we want to do with the captured image.

Since the mobile displays are in portrait mode orientation by default, your image will be occupying more than 70 percent of the display when you post a picture shot in portrait mode.

So, compose and shoot in portrait orientation to attract more fan followers to your social media accounts.

How to Enable Landscape/Portrait Orientation in Camera? 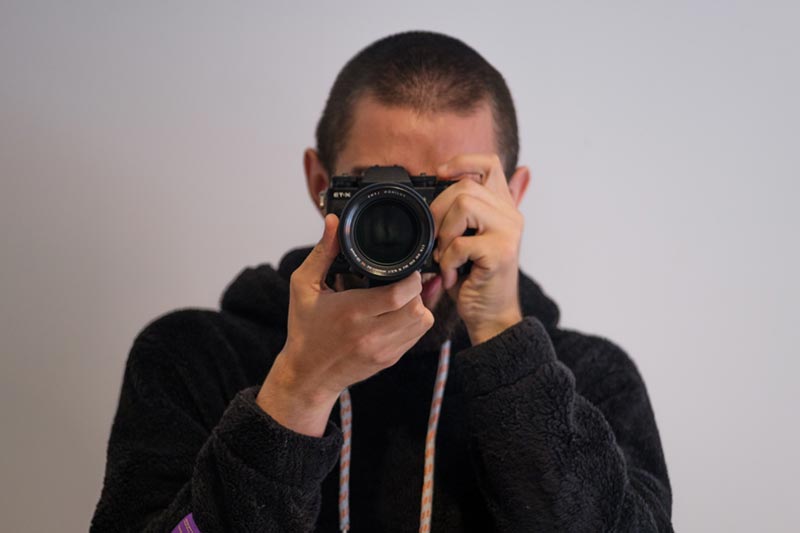 If you are completely new to photography, I will show you how to enable these orientations in a camera.

You may be using a DSLR/ Mirrorless/ or a Point & Shoot camera. The technique remains the same for all types of cameras.

When you handheld your camera for shooting, by default it will be in landscape orientation. 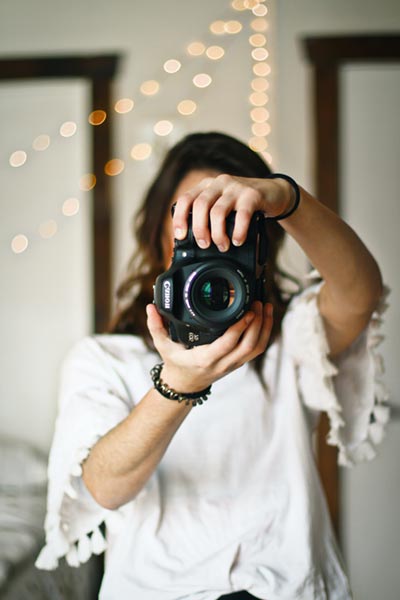 So, if you want to enable the portrait orientation, you just can rotate your camera counterclockwise by 90 degrees. Now, your camera trigger button will be now on the left side (previously on the top right side).

Certain high-end cameras like the Canon 1DX Mark III, Nikon D5, and a few other cameras will have a dedicated trigger button to shoot in the portrait orientation.

When you rotate the camera to shoot in the portrait orientation, you can see another camera trigger button on the top side.

You may have to slide in the enable button to activate this trigger button. This additional trigger button will help to make shooting much easy.

Don’t wait, Start shooting the same scene in both modes. See the difference between “Portrait vs Landscape orientation“.