Owls are exciting subjects to photograph, especially in the bird photography genre. In this article, I will share my photography experience with the owls of Andaman. These are endemic owls that are only seen in the Andaman.

I will be photographing these owls when they are active at night with the exception of Andaman Masked Owl. Vikram Shill was our bird guide on this Andaman bird photography trip.

I traveled all the way to Little Andaman island to photograph the beautiful Andaman Barn owl. It took around 8 hours to reach Little Andaman via ship from Andaman.

For my luck, I saw a pair of Andaman Masked owls on top of a tree. It was during the late evening time. So, I used my monopod since I was getting lower shutter speeds.

The monopod helped me to get good pictures at low ISO levels, thereby reducing the noise in the image. It is the only owl from Andaman, that I saw during both day and night time. The rest of the owls were photographed at night.

Initially, I was taking shots from the ground with the owl on the treetop. So, the angle of photography was not right. I was also getting a bad background.

I went for Manual mode since the owl pair was sitting there for a long time. They were comfortable with my presence. It allowed me to play with my camera settings to get a good a good exposure. 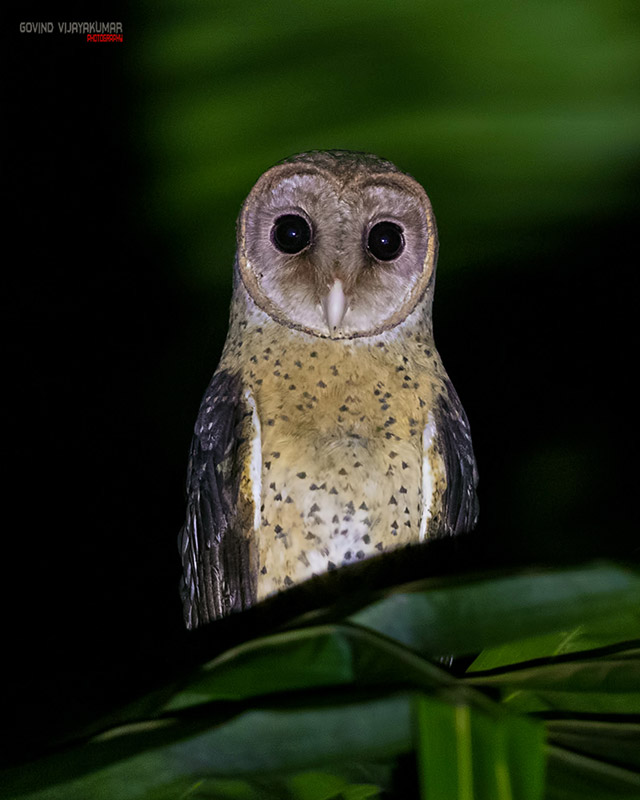 After leaving that place, it was slowly getting dark. In another hour, I heard the call of another Andaman Barn owl on the way. I stopped the vehicle and found that it was sitting on top of a nearby Coconut tree. I used the torchlight to capture some night pictures of this bird.

This night shot of the owl was photographed in landscape orientation. But, I cropped the image to portrait orientation while post-processing in Lightroom. 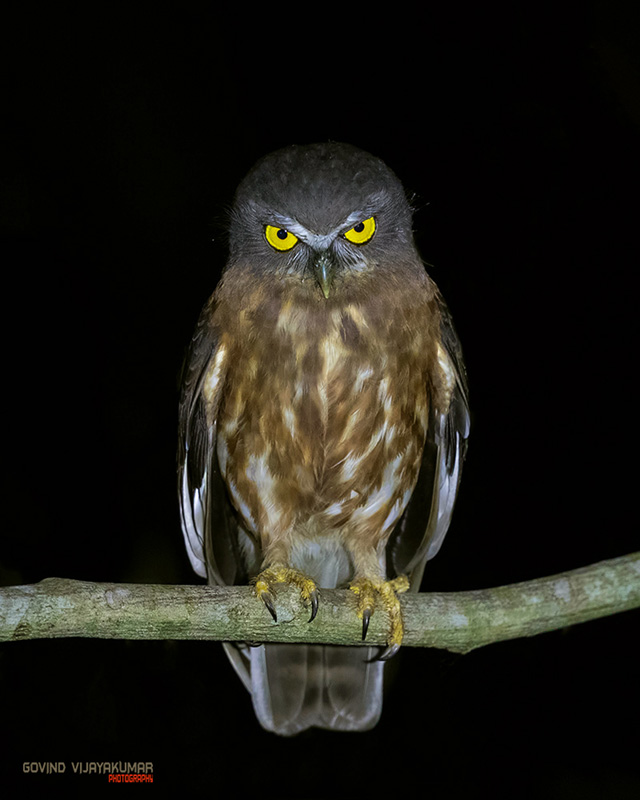 My guide located the owl sitting on a hanging branch of a tree. It was in perfect eye level position to get a good picture. I made some excellent images of the Andaman hawk Owl in the torchlight.

I used the 1.4x teleconverter for this image to get a nice portrait shot of the bird. To get a shallow depth of field effect, I went for a maximum aperture of f/5.6 in Aperture Priority mode.

Underexposing the image by two stops helped me to get a beautiful low key image at night. I managed to get a shutter speed of 1/250, which is suitable for photography with a monopod. 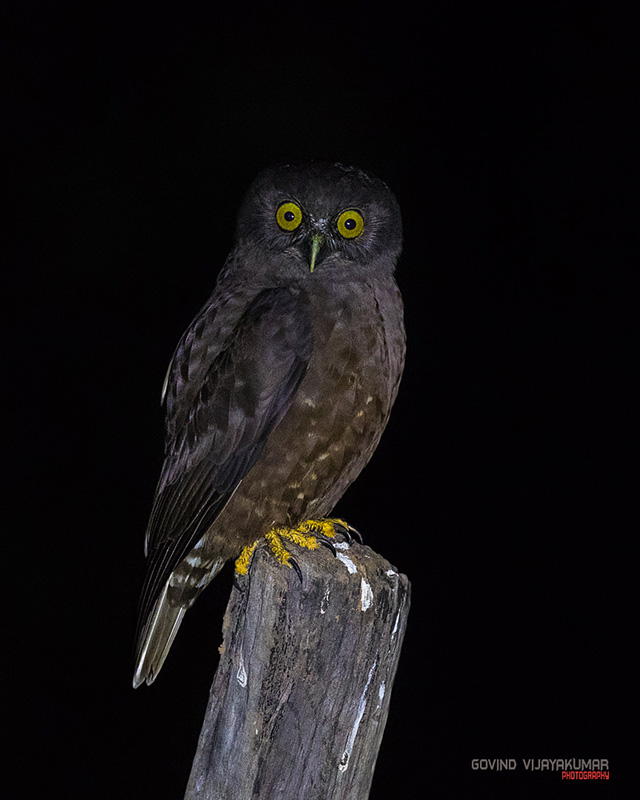 Hume’s Hawk Owl is another Andaman endemic, which has a chocolate brown color body. It was resting on a wooden pole when we spotted it first. We decided to approach the bird slowly as we were far.

I went almost 50 feet near to the bird and captured some excellent photos of Hume’s Hawk owl. After some time, it moved to a nearby tree. 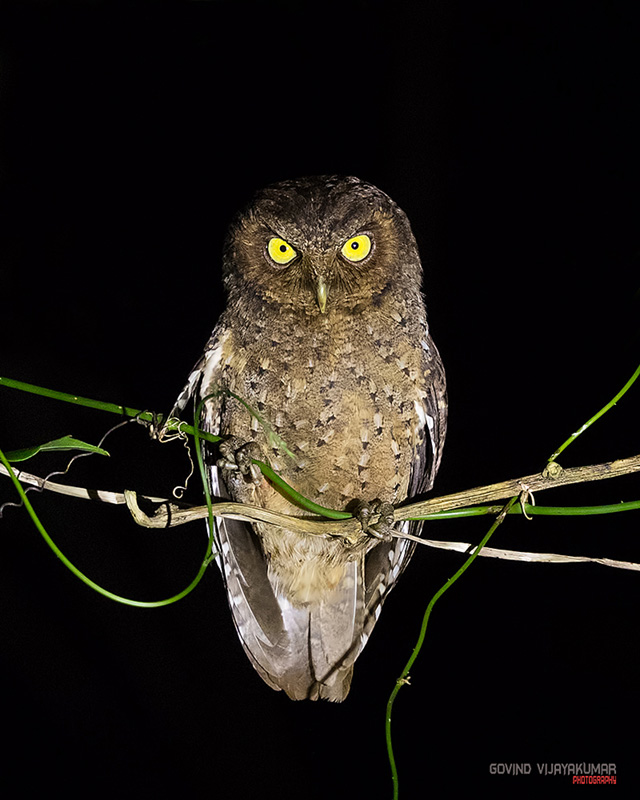 Andaman Scops Owl is another beautiful Scops owl species endemic to Andaman. I saw two morphs of this species, one in Andaman and the other in the Little Andaman.

The rufous morph seen on the main island gave a tough time. I could manage only some long-distance shots. But, the other one in the Little Andaman was friendly and was not camera shy. 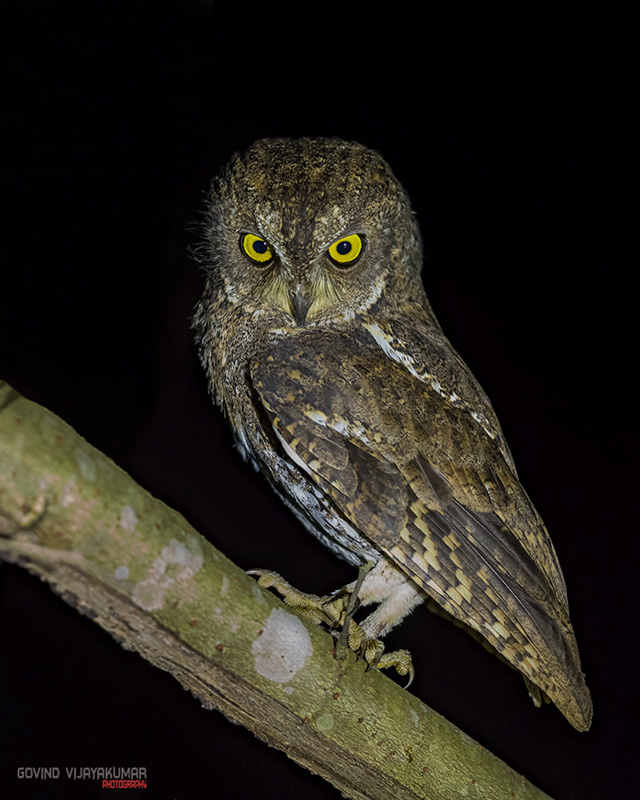 I photographed this owl species from the road. It was sitting on the tree trunk adjacent to the road.

A very bold owl specimen never bothered with human presence. I captured many frames from all possible angles.

I had to remove the 1.4x converter from my camera as the owl was pretty near. Thus, I got good full-frame Walden Scops Owl pictures with lovely feather details. 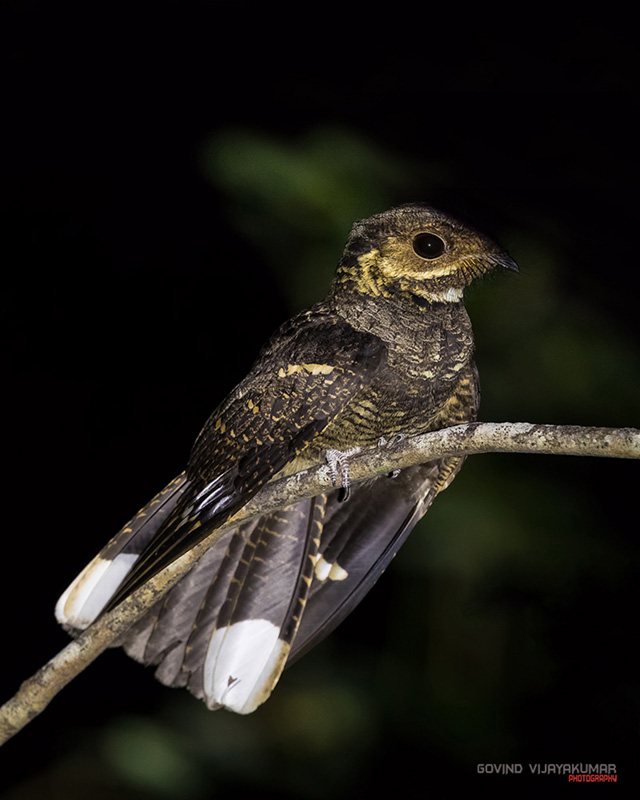 Photographing the Andaman Nightjar was a little tricky. It was during the nighttime. The nightjar kept shifting from one branch to another.

Finally, after half an hour, it rested on top of a dead tree branch. I used this opportunity to click some pictures with the torchlight.

But, I got only 3-4 seconds to capture my frames as it moved to a tree far behind. I used the continuous shooting mode to ensure that I get a good photo of Andaman Nightjar.

Thus, I have successfully managed to photograph all the owl species of Andaman. Many thanks to my guide, Vikram Shill for his patience and efforts.